A number of A&S majors were recently recognized for their achievements—join us in congratulating them!

Clara Randimbiarimanana ’18 received the Africana Studies Scholastic Award for academic excellence and potential future leadership in American society. She also was the recipient of the Paul Bernon Memorial Prize in Sociology for her demonstrated excellence in anthropology and sociology and the Benjamin F. Barge Oratorical Prize, which is presented to a member of the senior class who writes and pronounces in public competition an English oration in the best manner.

Jovante Anderson ’19 received the Gilbert Prize for superiority in English. He also received The Poet Laureate of Jamaica and Helen Well Young Writer’s Prize for Poetry.

Elizabeth Atkinson ’18 received the James Alexander Petrie Prize in French for her high degree of proficiency in French.

Angelina Bianchi ’18 received the George H. Catlin Prize, which is awarded to seniors with the highest average in the study of the classics.

Madeline Kraft ’18 received the I. Clinton Kline Prize for her excellence in acting, directing or technical theater.

Sydney Feliciano ’18 received the David Bishop Skillman 1913 Library Prize. This award is given to the graduating senior library assistant who, by exemplary performance, skill, and dedication, has enhanced the library’s educational role.

Jazmyn Ball ’20 received the David A. Portlock Study Abroad Memorial Prize, which is awarded to an outstanding student who will benefit from studying abroad.

Cindy Matos Beltré ’18 was the recipient of the Paul Bernon Memorial Prize in Sociology for her demonstrated excellence in anthropology and sociology.

Fayola Fair ’19 won the 2018 Pennsylvania Council for International Education and Asia Institute Scholarship to support her study abroad semester this spring in Japan. 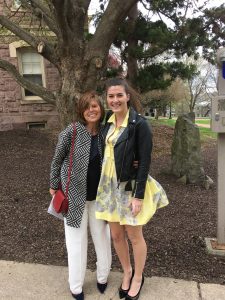 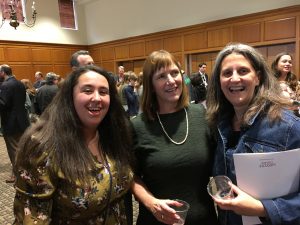 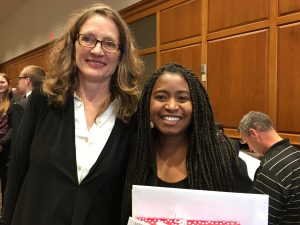 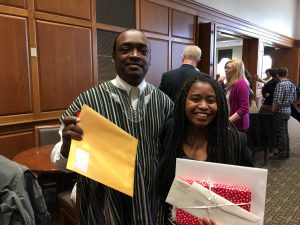