Please join us in congratulating A&S majors who recently received accolades—we are so proud of you!

Fayola Fair received the Paul Bernon Memorial Prize in Sociology, which is awarded each year by the faculty in the Department of Anthropology and Sociology to the graduating senior most outstanding in sociology. She also received the Marquis Award. This award recognizes exemplary leadership by a student.

Jovante Anderson was one of the winners of the Gilbert Prize, which is awarded annually to students who, in the judgment of the Department of English, have demonstrated superiority in English.

Princess Adeyinka won the Eugene P. Chase Government Prize, which is awarded annually to the student who has, in the judgment of the Department of Government and Law, submitted the best written exposition in the field of political science during the academic year. She also was one of the winners of the Minerva & Emil V. Novak Prize in Government and Law, which is presented annually to students majoring in government and law based upon overall excellence in academic work and citizenship in the campus community.

Rebecca Adelman was one of the recipients of the John D. Raymond Music Award, given by the Department of Music to deserving music students. 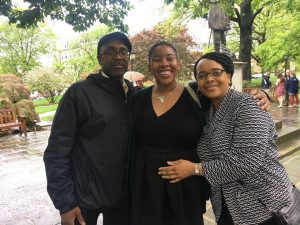 Fayola Fair and her family at the honors convocation 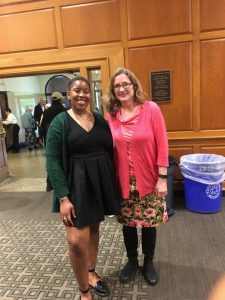 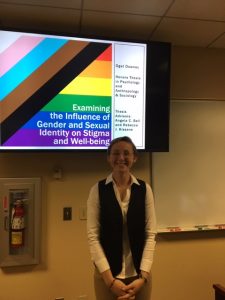 Dget Downey at their thesis defense 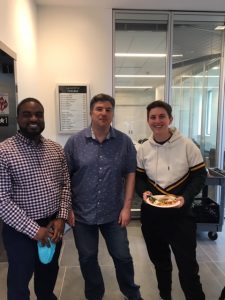