Congratulations to Caroline Lee and Joli Mellett who recently were recognized for their outstanding accomplishments!

Joli Mellett, A&S Department secretary, won a Lafayette College Distinguished Service Award, which was presented to her by President Nicole Hurd on May 11. The award is given annually to “employees from among the administration, support staff, or plant operations who have either maintained a record of sustained outstanding service or performed a specific service during the year that contributed to the College’s success.” We are thrilled that the College recognized Joli’s many contributions to the Department with this award (and some beautiful flowers)! Congrats! 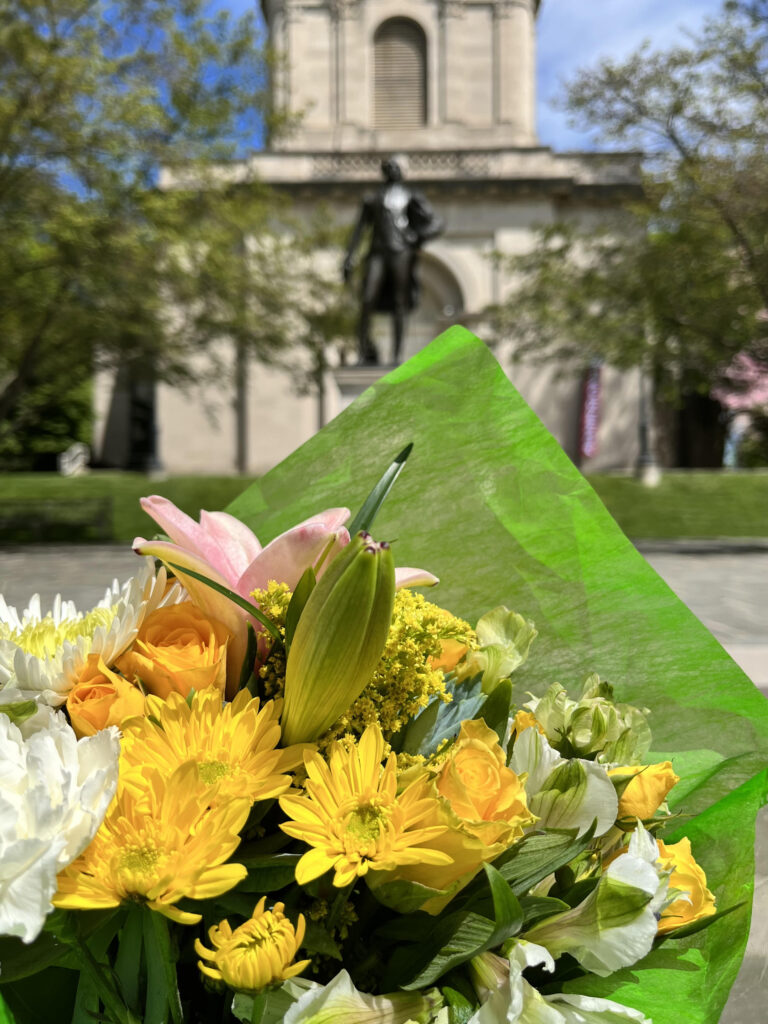 Caroline Lee, A&S Professor, won a Marquis Distinguished Teaching Award. Provost John Meier remarked that “Professor Lee is a teacher of distinction, an accomplished scholar, and leader of the Anthropology and Sociology Department. Her effective and dedicated mentoring go beyond the students currently in her courses, as she has been known to continue mentoring efforts well beyond graduation. She has published two critically acclaimed books with top presses, numerous articles and book chapters, and is an authority on public engagement.” We couldn’t agree more with this assessment of Professor Lee’s accomplishments and contributions. Congrats! 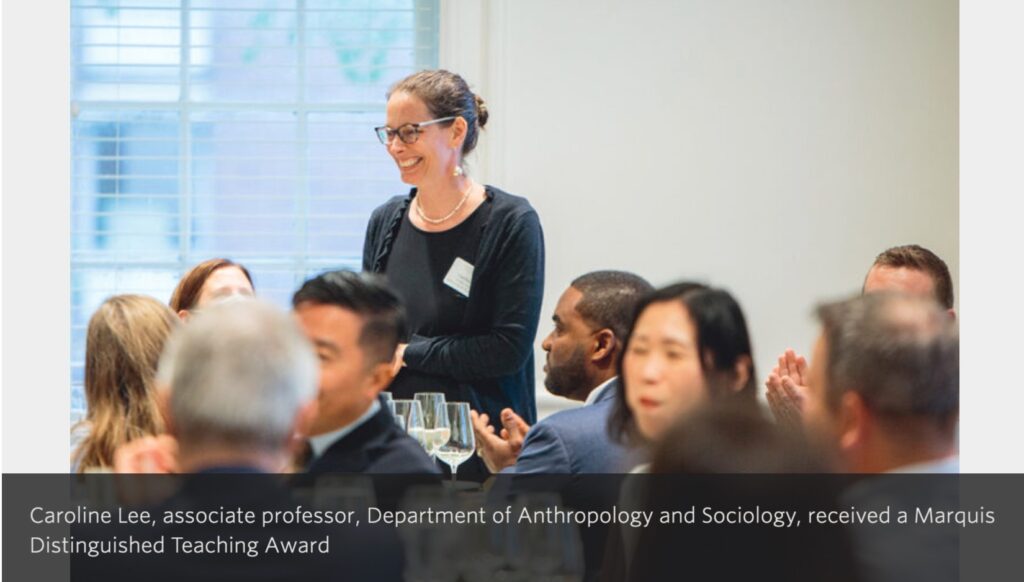